Wireless Brain Implant to Give Sight to Blind 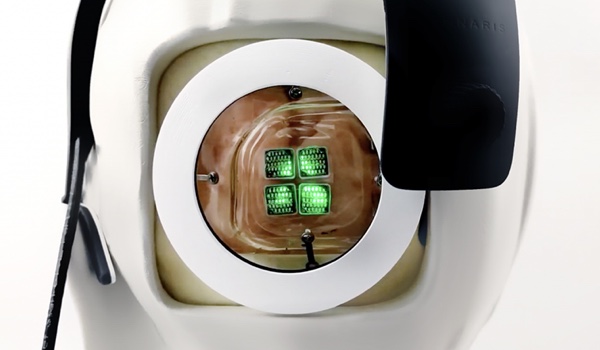 Scientists in Australia are gearing up for clinical trials of a brain implant that may restore limited sight in blind people. Developed at Monash University in Melbourne, the Gennaris system involves bypassing the eye completely and targeting the vision center of the brain. Wireless A person would wear a pair of glasses outfitted with a camera that, via a computer, feeds what it is seeing to the brain implant. The wireless implant is positioned on the surface of the brain and it can generate 172 different bright spots that the person can see. By properly producing these so-called phosphenes, it should be possible to provide rudimentary visual information about what’s in front of the user. This has implications for a host of conditions that render the eye, as well as the optic nerve, dysfunctional and so gives hope to those that were once though to not have a chance to ever see again.

The new implants are quite small and, because they don’t require wires to protrude through the scalp, they can stay implanted for a long time without the worry of infection. While the system is being designed specifically to restore vision, the same technology has the potential to help overcome paralysis in many patients by bypassing injured nerves and linking stricken limbs directly to the brain.

The existing prototype includes a head worn device that has a camera, vision processing hardware and software, a wireless transmitter, and the implant that consists of 9×9 millimeter tiles.

“Cortical vision prostheses aim to restore visual perception to those who have lost vision by delivering electrical stimulation to the visual cortex – the region of the brain that receives, integrates and processes visual information,” said Arthur Lowery, one of the developers of the technology, in the announcement. “Our design creates a visual pattern from combinations of up to 172 spots of light (phosphenes) which provides information for the individual to navigate indoor and outdoor environments, and recognise the presence of people and objects around them.”

The technology within the Gennaris system has already been tried on sheep with very positive results published in Journal of Neural Engineering earlier this year. In the study, more than 2,700 hours of visual stimulation was administered to the animals without any noticeable side effects.

“The study results indicate that long-term stimulation through wireless arrays can be achieved without induction of widespread tissue damage, nor visible behavioural issues or seizures resulting from the stimulation,” added lead author of the study Jeffrey Rosenfeld.

Source: Wireless Brain Implant to Give Sight to Blind