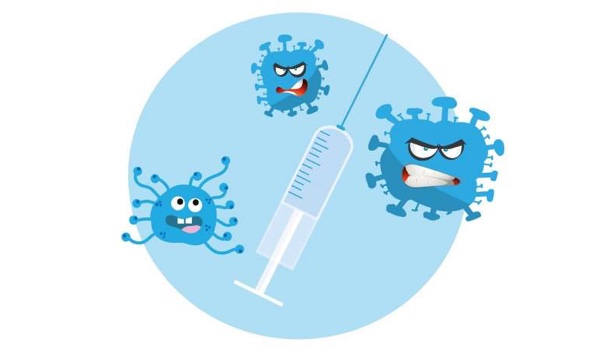 The World Health Organization chief on Friday called on vaccine makers to share technologies to help dramatically boost production, warning that without more access to the jabs, progress against the pandemic could be lost. WHO

Tedros Adhanom Ghebreyesus told reporters the number of COVID-19 vaccines administered had now overtaken the well over 100 million reported infections around the world.

While this was good news, he expressed concern that more than three-quarters of the vaccines had been administered in just 10 wealthy countries

“Some countries have already vaccinated large proportions of their population who are at lower risk of severe disease or death,” he said, without giving specific examples.

At the same time, “almost 130 countries, with 2.5 billion people, are yet to administer a single dose”, he said.

The WHO-backed Covax programme, aimed at ensuring equitable worldwide access to the COVID jabs, is expected to begin shipping doses later this month.

But in the meantime, the uneven distribution of vaccines is putting progress made against the pandemic at risk, Tedros warned.

“Unless we suppress the virus everywhere, we could end up back at square one,” he said.

He urged countries to “share doses once they have finished vaccinating health workers and older people”.

At the same time, he said, vaccine manufacturers also had a responsibility to do more.

Duty to do more

There is a need, he said, for “a massive scale-up in production.”

He pointed to a number of steps that vaccine makers could take to increase supply of their jabs, including issuing “non-exclusive licenses to allow other producers to manufacture their vaccine”—something done previously to expand access to treatments for HIV and hepatitis C.

Tedros hailed companies like Sanofi and Novartis which last week said they would use their infrastructures to help produce the Pfizer-BioNTech vaccines, and urged other companies to follow.

He also called for the voluntary sharing of data and technologies to help enable the “immediate use of untapped production capacity and help build additional manufacturing bases, especially in Africa, Asia, and Latin America.”

The WHO chief hailed vaccine makers who have vowed to sell their jabs at cost, but he added that they had a duty to do more.

“Having received substantial public funding, we encourage all manufacturers to share their data and technology to ensure global equitable access to vaccines.”

In addition to allowing broader access to their technologies, Tedros urged vaccine makers to share their data with WHO faster to help the UN health agency speed up the process of giving emergency use authorisation to safe and effective jabs.