A coronavirus vaccine is on the horizon, thanks to a key discovery by these researchers 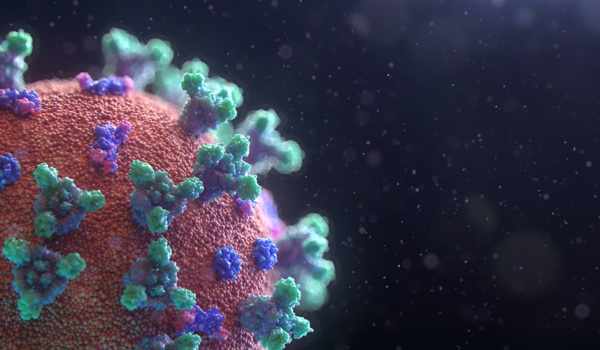 When the latest coronavirus emerged, Jason McLellan and his team were ready to take action. vaccine

McLellan, an associate professor of molecular biosciences at the University of Texas, has been studying respiratory diseases for years. In 2017, McLellan’s postdoctoral researcher Nianshuang Wang identified genetic mutations necessary to stabilize a key component of diseases like MERS, also a coronavirus.

So when Chinese researchers shared the genetic sequence of the new coronavirus on Jan. 10, UT researchers were able to quickly map the virus and inject it with previously-discovered mutations, allowing the researchers to freeze a key protein in a way that would become essential for creating a vaccine.

“Now every pretty much everybody’s using them,” McLellan said. “I think four of the five leading coronavirus vaccines all contain the stabilizing proteins my lab designed.”

Several major companies, bankrolled by billions of dollars from the federal government, are in a race to complete clinical trials for their version of a coronavirus vaccine. It can normally take years for a vaccine to pass through clinical tests before it becomes available to the public, but the process has been expedited over the past several months for coronavirus vaccine candidates from companies including Pfizer, Johnson & Johnson, Novavax and Moderna.

The vaccine candidates are either in or close to the final stages of clinical trials before final authorization by federal drug authorities, and all four are using the UT team’s discovery in their vaccine formulas.

“It’s really exciting,” McLellan said. “It’s like everything I hoped for when I wanted to start doing research.”

The success of the UT team’s discovery hinges on the ability to map and identify what McLellan called the “Achilles’ heel” of the coronavirus—the protein spike. This protein is the part of the virus that fuses onto healthy cells and transmits the infection. Researchers used mutations from earlier research to freeze the protein in its pre-fusion form. By putting a pre-fusion version of the protein into a vaccine, a person’s immune system is trained to identify the virus before it latches onto cells, and create antibodies to fight it off.

The researchers designed the necessary mutations within about a day of receiving the coronavirus genome. The McLellan lab completed the atomic-level structure, and graduate student Daniel Wrapp harvested and purified the spike protein.

Researchers at the National Institute of Allergy and Infectious Diseases, who are working on the Moderna vaccine, published the results of their Phase 1 trials with mice on Wednesday. The paper reported that the use of McLellan’s stabilized spike protein elicited a positive immune response and prevented coronavirus infections in the lungs and noses of mice.

Moderna began its crucial Phase 3 testing late last month and plans to include 30,000 subjects from 89 centers around the U.S. It could be several months before the results of the study are clear.

A spokesman for the university said researchers so far have not received any payment for the use of their research in vaccine candidates. However, UT and the scientists may eventually see monies from licensing and royalties. The details are still being worked out between the university, the National Institute of Health and the drug companies, the spokesman said.

Meanwhile, the federal government is investing in mass production capabilities, with the hopes that one of the vaccine candidates will be viable by the end of the year. Last month, President Donald Trump announced a $265 million deal to secure manufacturing resources at a plant in College Station for the Novavax vaccine candidate. If Novavax makes it through clinical trials, the majority of its doses will be produced in Texas.

Source: A coronavirus vaccine is on the horizon, thanks to a key discovery by these researchers