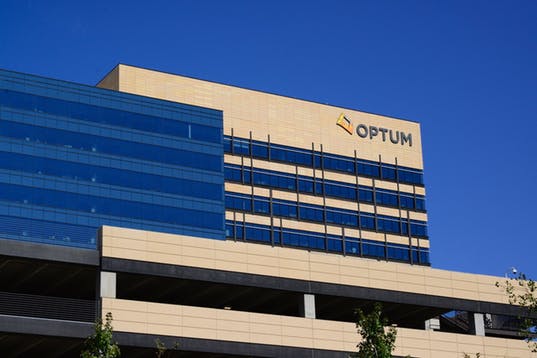 UnitedHealth has said that transforming pharmacy care services is a key goal it hopes to accomplish.

UnitedHealth Group is making an aggressive move into the business of filling the medication needs of people with behavioral health problems.

The nation’s largest insurance company confirmed Friday that its OptumRx division for pharmacy services is combining operations with Genoa Healthcare, a company that runs more than 425 pharmacies in behavioral-health centers in 46 states. Bloomberg News, citing an unnamed source familiar with the deal, reported that Minnetonka-based UnitedHealth paid about $2.5 billion to buy Genoa, beating other bidders like Walgreens Boots Alliance.

UnitedHealth has said that transforming pharmacy care services is a key goal it hopes to accomplish by applying its growing expertise in clinical affairs, technology and data analytics. Genoa is a national company with strong Minnesota ties — it operates 19 pharmacies in community health centers in the state, and last year it acquired a spinout from the University of Minnesota that developed ways for insurers to reduce costs through better medication management for chronic illnesses.

No announcement of the deal has been issued. Asked Friday for comment, a spokesman for OptumRx sent a two-sentence statement via e-mail:

“To help better support the pharmacy needs of patients with behavioral health and substance use disorders, OptumRx is combining with Genoa Healthcare. This will help ensure improved access, health outcomes and pharmacy, telepsychiatry, and medication management experiences for consumers across the country, including Medicare and Medicaid beneficiaries, while helping public and private sector payers reduce their health care costs.”

Based in Renton, Wash., Genoa Healthcare says it operates the fifth-largest drug chain in America, filling 15 million prescriptions annually for more than 650,000 people at 435 full-service pharmacies. Genoa’s pharmacies are located in community mental health centers, where patients are often covered by Medicare or Medicaid.

“They often struggle to hold down a job and maintain stable housing and reliable transportation.

They need extra support to stay on complicated medication treatment plans,” reads a fact sheet from the company’s website about the individuals Genoa serves. “Our services are especially tailored for these challenges and are custom-designed for each individual.”

The company provided technology and services to health insurers that want to provide guidance for patients about cost-effective use of prescription drugs, based on research by pharmacists at the U on medication therapy management.

Genoa was a portfolio company of the private equity firm Advent International, which on Friday declined to comment on any sale of Genoa to UnitedHealth Group.

OptumRx is a pharmacy benefits manager, which means it acts as a third party to handle drug payments and formularies on behalf of an insurer, as well as timely drug delivery.

UnitedHealth’s Optum unit, which includes OptumRx and divisions that directly deliver care, has been growing through major acquisitions in recent years, including deals for Surgical Care Affiliates ($2.3 billion) and MedExpress ($1.5 billion). UnitedHealth has been trying to acquire DaVita Medical Group for $4.9 billion, but recently had to extend the termination date to Dec. 31 because of regulatory reviews.