The role of T cells in fighting cancer 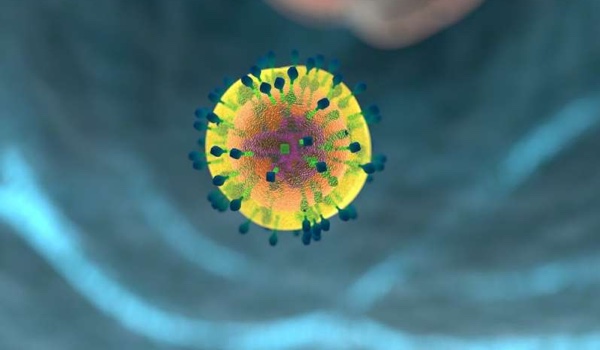 Working within Wang’s specialty of cancer immunology and head and neck squamous cell carcinomas (HNSCCs), the researchers worked to establish a mouse model that would help them understand why some hosts’ immune systems reject tumors easily, while others have a harder time doing so. Their research was published last week in the Journal for ImmunoTherapy of Cancer.

“It’s particularly interesting now because the field of cancer treatment has really been going in the direction of immunotherapy, where you give drugs that can reactivate the immune system and get it to kill the tumors on its own,” Woolaver says.

That’s in contrast to chemotherapy and radiation, which can kill other cells along with tumor cells. “We’re just trying to figure out how can we contribute to the field of understanding what causes heterogeneity (differences) in anti-tumor immune responses,” she says.

Wang, Woolaver and other cancer researchers on the Anschutz Medical Campus started the research by transplanting HNSCC tumors into genetically identical mice. Theoretically, their response to the cancer would be identical, but it turned out that 25% of the mice spontaneously rejected the tumor. The researchers started looking more closely at both the mice and the tumor cells to try to understand what was causing the mice to kill the cancer on their own.

What they discovered is that it all depended on the types of the immune cells known as CD8 T cells that were present in the mouse. Even identical twins have different T cells due to the random DNA recombination event generating these T cells, Wang explains, so the genetically identical mice had different arrays of the T cells as well. The mice’s response to cancer depended on how their specific T cells matched up with the set of mutated proteins known as neoantigens that were present in the tumor they were fighting.

“Each of your T cells has a different receptor, and each T cell will be specific to a neoantigen,” Woolaver says. “If you have T cells that are specific to all of them or majority of them, you’re going to be able to get rid of your tumor and have a good anti-tumor immune response.”

What the researchers showed in the publication, Wang explains, is that the mice that spontaneously rejected tumors had vastly different T cell receptors from those that succumbed to tumor development.

For the next phase of their research, Wang and her team members plan to study how to enable a cancer patient to develop a more diverse T cell response so they have a better chance of successfully fighting off a tumor.

“Because patient tumors are very heterogenous from each other, it’s very difficult to study them,” Woolaver says. “In our paper, we characterize a new model of tumor heterogeneity that has a lot of interesting immunological aspects that we can study to try to help improve the immune response to cancer.”

Wang adds that the research can be important in developing new types of immunotherapy.

“I don’t think it’s well recognized in the field that intrinsic differences in the immune system can make an impact,” Wang says. “Most people just focus on ‘Why are all the T cells not activated,’ or ‘The T cells are exhausted,’ or something like that. But maybe a patient doesn’t have the right T cells from the beginning. If they don’t have the right T cells that can recognize neoantigens, how can they have the effective anti-tumor immune response?”

Source: The role of T cells in fighting cancer