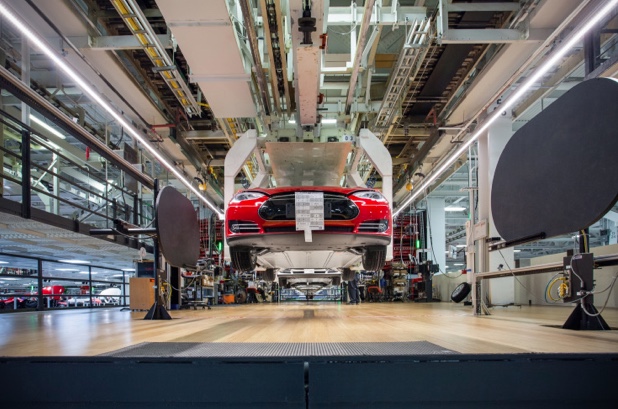 Source: Tesla acquires automated manufacturing machine supplier Perbix
Tesla is moving to turn around its output challenges with the Model 3, with a new acquisition reported by Bloomberg of a supplier whose focus is on automating production. The automaker acquired Perbix, a supplier it’s been working with for the past few years, with the deal coming to light just after Tesla addressed its production difficulties with the Model 3 on its most recent corporate earnings call.

The terms of the deal were not disclosed, but it comes at a time when Tesla is incredibly focused on improving yield rates for its Model 3, which is well under its earlier productions in terms of production capacity at this point. On the earnings call, Musk said that he and CTO JB Straubel are essentially living at the Gigafactory in an effort to fix the bottlenecks in production. “The major difficulty has been with one part of a four-part process in assembling the battery units”, Musk said.

To rectify the problem, which Musk said resided with a supplier, the company has taken on a crucial production element itself, and redesigned it from a software and hardware perspective from the ground up. It’s unclear if the work of Perbix or this acquisition is tied directly to that process, but it seems likely the deal is designed to improve manufacturing capacity overall.

Tesla has also said that the Model 3 has likely the most automated production line of any modern vehicle, which is part of why it’s taking so long to get it right. Shortfalls in capacity on less automated lines can be more easily made up by substituting in manual labor, Musk said on the earnings call, but once the automation portion is up to the task, production should be much easier.