How 20 years of stroke research revealed disparities among Mexican Americans 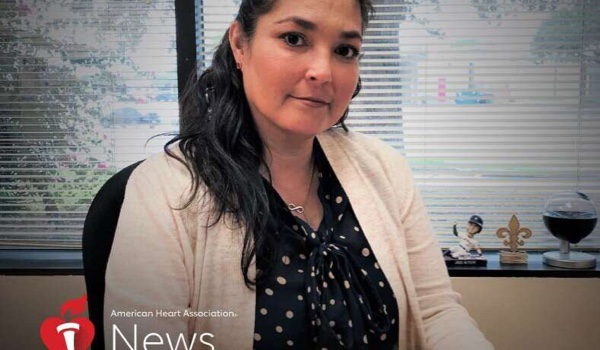 Belinda Zuniga was searching the classified ads for job notices 14 years ago when a single word caught her attention: stroke.

Her grandmother had just had one. “We had so many questions. Her stroke really disabled her,” said Zuniga, a certified nursing assistant. She jumped at the chance to work for BASIC, the Brain Attack Surveillance in Corpus Christi research project.

Funded by the National Institutes of Health, BASIC is the only major study of stroke in Mexican Americans, the largest segment of the nation’s Hispanic population. Two decades ago, when Zuniga joined the project, Mexican Americans in her Texas town were more than twice as likely to suffer strokes as their non-Hispanic white neighbors—one of the first major findings to come from this research. Today, perhaps in part due to the heightened awareness from the project, the disparity between the two groups is shrinking.

“Patients would sit with symptoms for days and not know they should go to the hospital,” said Zuniga, whose job now as field office representative is to interview stroke survivors and their families. “Now, there is information out there on billboards and in educational pamphlets. You see them all over the place. There’s a big improvement in what people know from when we first started.”

BASIC, in its fifth round of funding, has reached its 20th year collecting stroke data about the people of Corpus Christi, where more than 60% of the population is Hispanic. In partnership with local hospitals and the county health department, researchers from the University of Michigan Stroke Program have uncovered a wealth of data related to stroke prevention, treatment and recovery.

In more than 100 published reports, they’ve exposed a multitude of health disparities and generated new avenues of research—including investigations into how sleep apnea and where people live impact stroke risk and why Mexican Americans and their non-Hispanic white peers recover from strokes differently.

“The project has evolved,” said Dr. Lynda Lisabeth, one of BASIC’s two principal investigators and a professor of epidemiology at the University of Michigan School of Public Health. “As we have been able to keep the study funded, we are actually able to look at what’s been happening over time.”

BASIC has branched out to include work that doesn’t just study, but actively helps, the larger community, such as the Stroke Health and Risk Education (SHARE) project, which created a partnership with two Catholic churches and the community to recognize and reduce stroke risk factors.

While she can’t say for sure what’s caused the stroke rate to decline in Mexican Americans, Lisabeth said rates among white, middle-aged people who are not Hispanic have increased more than 100% over the past two decades. However, Mexican Americans are still more likely to experience poorer outcomes following a stroke. That data led to a shift halfway through the project to a greater focus on recovery.

“We started to look at outcomes and we found Mexican Americans have worse outcomes across the board: neurological, functional, cognitive,” Lisabeth said. “They fared worse on all of them, even taking their age into account—Mexican Americans are younger when they have their strokes.”

They are much more likely to experience a first stroke before the age of 60. But at any age, they fare worse than non-Hispanic whites. In a study in which the median age of Mexican American stroke survivors was 65, compared to 71 for white people who are not Hispanic , Mexican Americans were more likely to suffer post-stroke dementia and had greater difficulty speaking and performing daily activities.

The disparities also include other quality of life measures. “Mexican Americans are less likely to return to work after a stroke and more likely to suffer post-stroke depression,” Lisabeth said. “When we think about a range of outcomes and the things that are important to stroke survivors and family members and loved ones, we see a profile of worse outcomes. We’re not sure yet why that is.”

BASIC researchers also have been studying rehabilitation and post-stroke care. “I think recovery is the next frontier,” Lisabeth said. “People are living longer and more of them are surviving strokes. Understanding what they need is where we really need to be looking.”

Because of her family’s experience after her grandmother’s stroke, Zuniga has a deeper understanding of all the trends her work with BASIC has helped to document.

“It’s very common in our community to have parents and grandparents living with us. Mexican Americans rely on family a lot,” she said. Her grandmother needed help with daily tasks such as going to the bathroom and taking a shower. This was hard on her usually independent grandmother, but also difficult for the family—a common theme she sees among families of stroke survivors.

“Younger family members still have to go to work,” she said. “They have to alter their lifestyle to take care of their loved one. All of that is stressing for the caregiver. The data we are collecting now is something that is really important for the community.”

Like many Mexican Americans who have strokes, Zuniga’s grandmother suffered a second, fatal stroke four years after her first.

“I definitely know a lot more now than I did then,” she said. “Our family history and her medical history—having high blood pressure and diabetes—were a big part of the reason she had a stroke.”

Zuniga works on reducing her own blood pressure and weight now. But she is most grateful for the opportunity to help her community.

“I interview patients not just at baseline, but a year after their strokes. … I will say, ‘Hey, remember when I first came here and you could not do this, and now look at you!’ It gets them smiling, thinking about that.” covers heart and brain health. Not all views expressed in this story reflect the official position of the American Heart Association. Copyright is owned or held by the American Heart Association, Inc., and all rights are reserved. If you have questions or comments about this story, please email editor@heart.org.