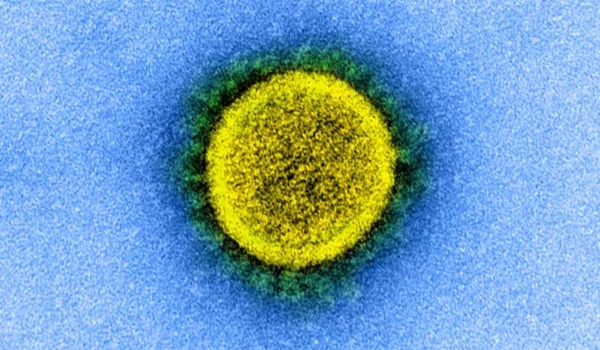 First appearing in late 2019 in Wuhan City, China, the SARS-CoV-2 virus continues to cause sickness and death across the globe. Preexisting

Researchers and scientists have been looking at multiple solutions to treat COVID-19, including repurposing approved pharmaceutical drugs. This research points to very promising treatment options.

A team of researchers at the Pritzker School of Molecular Engineering (PME) at the University of Chicago used state-of-the-art computer simulations to identify a preexisting drug that could fast-track a solution to this worldwide pandemic.

Their findings appear in the paper, “Molecular Characterization of Ebselen Binding Activity to SARS-CoV-2 Main 4 Protease,” which was published on August 14 in the journal Science Advances.

Early in February, concerned by the rapid progress of the pandemic, Professor Juan de Pablo and his students used their molecular modeling expertise to help find a treatment against the disease. They were not the only ones. Other groups around the world were beginning to use supercomputers to rapidly screen thousands of existing compounds for potential use against the SARS-CoV-2 virus.

“By virtue of the large number of compounds considered in high throughput screens, those calculations must necessarily involve a number of simplifications, and the results must then be evaluated using experiments and more refined calculations,” de Pablo explained.

Researchers first focused on finding a weakness in the virus to target. They chose its main protease: Mpro. Mpro is a key coronavirus enzyme that plays a central role in the virus’ life cycle. It facilitates the virus’ ability to transcribe its RNA and replicate its genome within the host cell.

A pharmaceutical drug that shows promise as a weapon against Mpro is Ebselen. Ebselen is a chemical compound with anti-viral, anti-inflammatory, anti-oxidative, bactericidal, and cell-protective properties. Ebselen is used to treat multiple diseases, including bipolar disorders and hearing loss. In combination with silver, Ebselen treats five clinically difficult-to-manage antibiotic-resistant Gram-negative bacteria. Several clinical trials have proven its safety for use in humans.

de Pablo and his students set out to develop detailed models of the enzyme and the drug. Using those models and sophisticated supercomputer simulations, they discovered that the small Ebselen molecule is able to decrease Mpro’s activity in two different ways.

“In addition to binding at the catalytic site of the enzyme, Ebselen also binds strongly to a distant site, which interferes with the enzyme’s catalytic function by relying on a mechanism in which information is carried from one region of a large molecule to another region far away from it through subtle structural reorganizations,” de Pablo says.

That finding was particularly important because it helped explain Ebselen’s potential efficacy as a repurposed drug, and it revealed a new vulnerability in the virus that was previously not known and that could be use useful in developing new therapeutic strategies against COVID-19.

By working around the clock, the team completed their work in just over two months and submitted their manuscript to public research archives in April for others to consider.

The research team’s discovery of two binding sites looks promising for Ebselen to be a new drug lead for the design and development of new Mpro inhibitors and COVID-19 treatment. Motivated by their findings, de Pablo and his student are quick to point out that much work is yet to be done.

“The main protease is one of many proteins in the virus that could be targeted with existing, repurposed drugs, and there are thousands of compounds to be considered,” de Pablo says. “We are systematically investigating each of the proteins involved in the virus function and investigating their vulnerabilities and their responses to a wide range of drugs.”

de Pablo and his team will soon release a comprehensive study of the RBD/ACE2 complex from the virus and another drug that offers promise to interfere with the binding of the virus to cells.