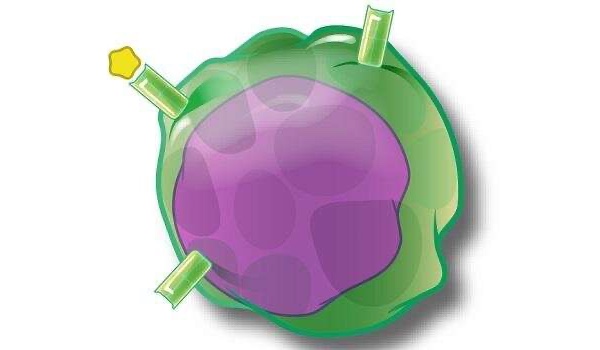 Multiple sclerosis (MS) is an autoimmune disorder that develops as immune cells attack the nervous system. T cells are a critical part of our immune system, with a complex array of subtypes—some drive the autoimmune response, while others try to suppress it. population

A team of investigators at Thomas Jefferson University have characterized a new population of T cells called ThGM cells that produce granulocyte macrophage-colony-stimulating factor (GM-CSF), a chemical that contributes to the autoimmune response. They had previously shown that increased numbers of ThGM cells are found in the blood and brain of MS patients, indicating that these cells may contribute to the development of autoimmunity. However, very little is known about the genetic properties and function of ThGM cells, making it difficult to understand their role in MS. The team has now uncovered key defining features of these cells and how they behave in an animal model of MS, paving the way for future studies and potential therapies. The study was published in Science Immunology on October 23.

The researchers first sought to characterize the ThGM cells in healthy human subjects and in an animal model of MS. Using various genetic and biochemical techniques, they found that the ThGM cells were abundantly present, but interestingly, lacked the characteristic markers of other populations of T-cells.

“We found that the ThGM cells have a distinct genetic profile compared to other subsets of T cells,” says senior author Abdolmohamad Rostami, MD, Ph.D., professor and Chairman of the department of Neurology at Sidney Kimmel Medical College—Thomas Jefferson University and Vickie and Jack Farber Institute for Neuroscience—Jefferson Health. “It appears that ThGM cells are coming from a distinct lineage or origin, and therefore we’ve been able to define a set of criteria for identifying these cells.”

The researchers also found that in a mouse model for MS there are increased numbers of ThGM cells in the nervous system, similar to findings in human disease. They also found that the ThGM cells induced endephalomyelitis, or inflammation of the brain and spinal cord, a sign of disease development in this model of MS, lending further evidence that ThGM cells contribute to autoimmunity.

The team is now working on further characterizing the ThGM cells in humans. “Our findings have already given us important clues on what genetic markers and chemical profile make this subset of T cells unique,” explains Dr. Rostami. “This could allow us to develop therapies that selectively target this population of T cells, while leaving other T cells intact and avoiding widespread immunosuppression.”

“This study was made possible by a talented group of scientists, especially Javad Rasouli, a postdoctoral fellow in the lab, and Bogoljub Ciric, associate professor of neurology here at Jefferson,” says Dr. Rostami.

Source: New population of immune cells could play a role in multiple sclerosis