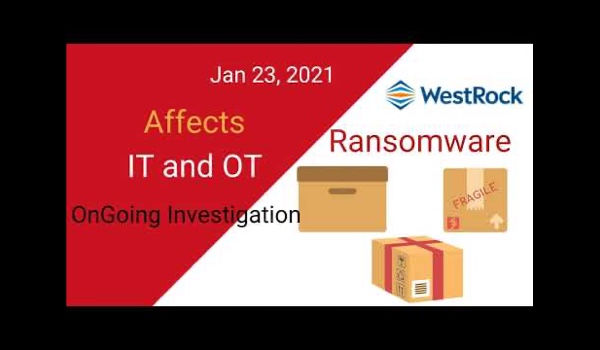 The company has been investigating the incident while working on restoring impacted systems. The response process has involved proactively shutting down certain systems and enhancing cybersecurity measures.

The incident has impacted production, but WestRock says its operations are nearly back to normal. Some tasks are being performed manually by staff until all systems are restored.

“The Company’s mill system production through February 4 was approximately 85,000 tons lower than plan,” the company said in a press release on Friday.

The company has not shared any information about the attack itself and the ransomware that was used.

WestRock said it continues to assess the overall operational and financial impact of the incident, but noted that it does have cyber insurance.

“The Company maintains a variety of insurance policies, including cyber insurance and business interruption insurance. There may be a time lag between the initial incurrence of costs and the receipt of any insurance proceeds as the Company’s operations return to normal,” WestRock said.

The company’s stock fell by roughly 4 percent after news of the breach broke, and it has yet to recover.