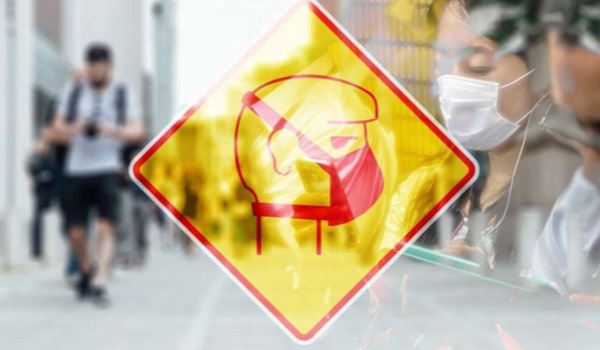 More than 75,000 people—ten times the official tally of confirmed cases—have been infected with the coronavirus in Wuhan, ground zero of a global health emergency, according to research published Friday.

“We estimate that 75,815 individuals have been infected in Wuhan as of January 25, 2020,” a team led by Gabriel Leung from the University of Hong Kong reported in The Lancet.

As of January 31, the Chinese government said the number of confirmed cases had risen above 9,700 for all of China, including 213 deaths.

For Hubei Province—including Wuhan, a city in central China of 11 million—the official figure was nearly 6,000 confirmed cases and just over 200 deaths.

The World Health Organization on Thursday declared the outbreak a global health emergency, but said it was not recommending any international trade or travel restrictions.

“The apparent discrepancy between our modelled estimates of 2019-nCoV infections and the actual number of confirmed cases in Wuhan could be due to several factors,” Leung said in a statement.

A time lag between infection and symptom onset, delays in infected persons getting medical treatment, and the time needed to confirm cases with lab tests “could all affect overall recording and reporting,” he said.

The study found that each person infected with the virus, which emerged in December, could have infected two to three individuals on average, and that the epidemic had doubled in size every 6.4 days.

If the virus spreads as quickly on a national scale, “it is possible that epidemics could be already growing in multiple major Chinese cities, with a time lag of one to two weeks behind Wuhan,” said co-author Joseph Wu, a professor at the University of Hong Kong.

If the new estimate of cases is accurate, it would mean that the mortality rate of the 2019-nCoV virus is significantly lower than preliminary figures suggested, with well under one percent of cases proving deadly.

But a low mortality rate can still result in a large number of deaths if the virus spread widely.

In the United States, the mortality rate among people infected with influenza is 0.13 percent, the Centers for Disease Control has calculated.

2019-nCoV is part of the coronavirus family, which was the source of two previous deadly epidemics.

The respective mortality rates for SARS and MERS patients was 9.5 and 34.5 percent, far higher than for the new coronavirus.

This document is subject to copyright. Apart from any fair dealing for the purpose of private study or research, no part may be reproduced without the written permission. The content is provided for information purposes only.